The Story of Skyline Trail

As many hikers know, Skyline trail was closed for a couple years.

A little history - Several years ago, when the trail was initially cut, the path went across three tracts of land that neither the State Parks system nor the Forestry Department had chosen to buy.

A couple years ago this land was sold to private developers who built some luxary cabins on the property and this forced us to move the trail. It took close to a year for the Park to get approval from the Forestry Service to re-route the trail onto their land and another year of clearing the new trail out.
Then came the rain.
May of '09 saw the Broken Bow Lake's level the highest it has ever been. The Corp of Engineers were forced to delay opening the gates for as long as possible due to flood conditions on the Little River and Red River, both of which the Mountain Fork River feeds. Consiquently, when they did open the spillway gates, they had to open all eight. This was the first time in over thirty years that the dam has been in operation that all eight gates were open and only the third time the spillway has ever been opened. The resulting deluge washed out both foot bridges on Beaver Lodge Trail. Skyline trail connects to the trail just up from Beaver Lodges southern trail head. This further delayed our completion of the trail to until the foot bridges could be repaired. After a time it was decided that hikers could ford the creek if they chose or follow the trails cut by the fly fishermen from the spillway or Lost Creek to Beaver Lodge to hook into Skyline.

In creating this new trail we have discovered a three tier waterfall that runs year round, and have made the trail itself a bit more challenging and about a mile longer.
Old and New Trails. 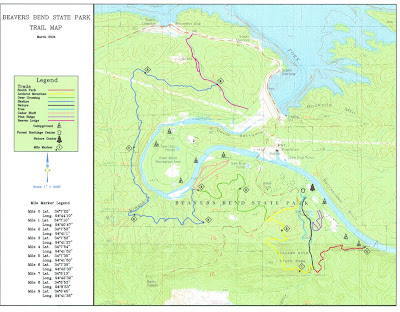 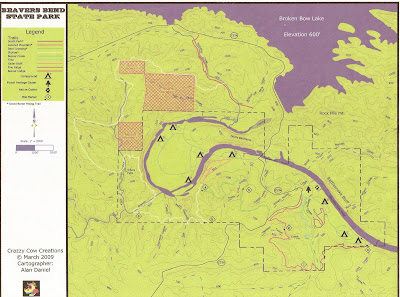 One of our flying squirrels currently visiting friends.

The Story of Skyline Trail

To schedule a Nature Center presentation for your group, either here at the Park or at your facility, just call us at 580-494-6556.

Any view or opinion posted here does not reflect the views, opinions or policies of my co-workers, managers, the Oklahoma State Parks, nor the State of Oklahma. 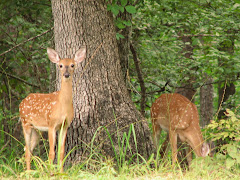 Our Birds of Prey

The main attraction of the Nature Center 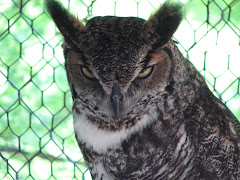